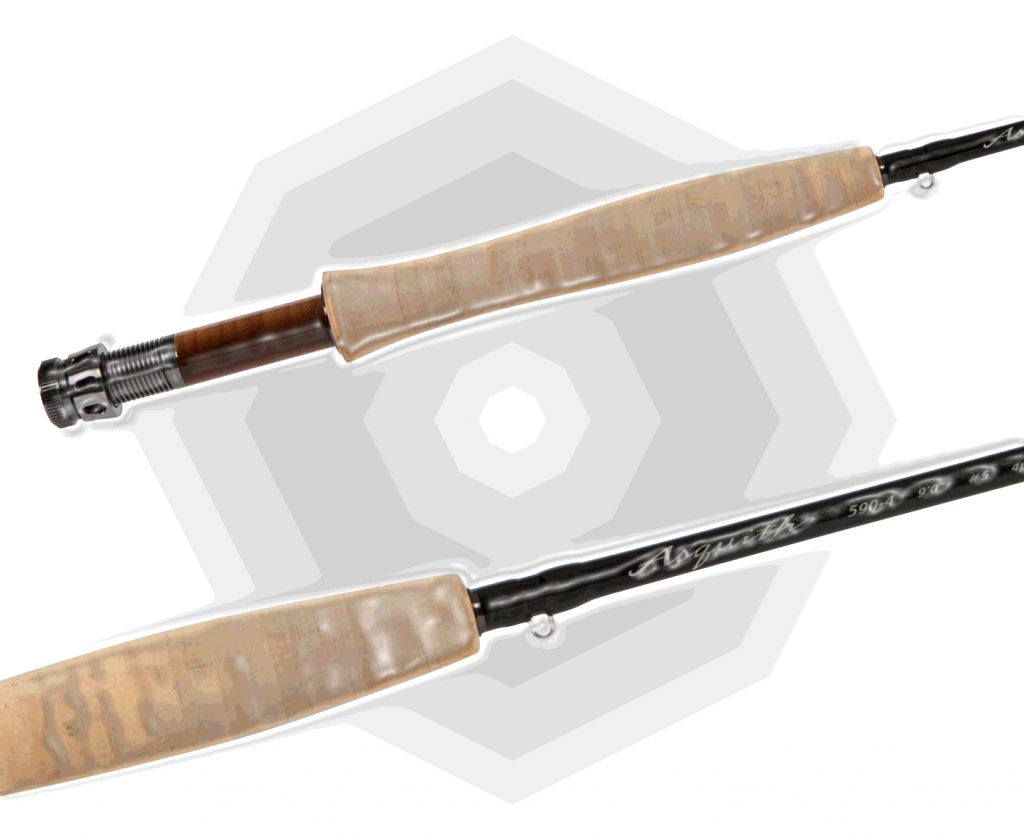 Ross Evolution LTX Reel
This is a beautiful reel. Elegant engineering. Light. Really light. Has a nice, sealed-disc drag. Those features could describe several other fly reels, but this is the new champion. It sets the standard for a light trout reel. If it has a flaw, it would be the price. You’ve seen those advertisements that tell you the price is “less than you’d think.” This is not less than you’d think, unless you’re Warren Buffet. It is, however, less than Abel and Hatch. This reel is causing problems in my personal life. I already own too many reels but this one arouses materialistic lust in me, and I might have to sell a couple of my older reels to justify purchasing one.

Ross also makes a saltwater version of this reel, the Evolution R Salt, which has a more beefed-up frame and a stouter drag. American Angler magazine gave it a 2018 “Gear of the Year” award. Granted, sometimes these gear awards are like participation trophies for advertisers, but this was deserving.

Loomis Asquith & Scott Radian Fly Rods
There are a lot of nice fly rods on the market. They’ve been improving little by little for years. New graphites, new resin systems, manufacturing technology, and improved taper designs all contribute to making the latest flagship offerings from companies like Sage, Winston, and Burkheimer very impressive. There are subtle differences between all of them, but two of my current favorites are the Loomis Asquith and the Scott Radian. Both of these rods have a great combination of power, castability, and light weight. Now get this: I don’t even carry Scott rods. What kind of a moron recommends a fly rod he doesn’t carry? An objective moron I guess. I might have to break down and become a Scott dealer next year just because of the Radian. Probably the Radian will be replaced with a new rod by then, so for now, buy the Asquith.

Cortland Nylon Tippet (mono)
Tippet. How exciting is tippet? Not all that exciting unless you have a trophy fish hooked and you really want to land him. There really aren’t any bad tippet materials out there. If one was truly bad, the company would quickly go out of business. But tippet materials do improve over time as scientists utilize better technology. I prefer to use regular nylon tippet over fluorocarbon. (Read my blog on tippet from a couple of years ago.) I prefer nylon tippet for the simple reason that it ties better knots. Fluorocarbon is persnickety when it comes to seating a knot. Sure, you can tie a strong knot with fluoro, but be careful and make sure it is well seated. The popular “improved clinch knot” may not be what you want to use for fluoro. I’m aware that the bass tournament folks have embraced fluorocarbon. You can go on YouTube and find all sorts of super-strong knots they tie to ensure they get 100% knot strength. Of course, some of these knots are quite large, larger than some of the crankbaits they use. I’m exaggerating of course, but the knots are larger than what you want to use for fly fishing, especially when it comes to small flies. That’s why you might want to use a simple, strong knot like the Double Davey and use it with nylon.

Which brings me back to the new Cortland Tippet. It’s strong and knots well. I’ll admit you might still find Rio tippet on my lanyard, but that’s mainly because I like Rio’s tippet retainer bands—you don’t have to worry about your tippet unraveling. But give the new Cortland stuff a try.

Simms G3 Guide Stockingfoot Waders
Let’s talk about waders for a moment. At the risk of sounding like my grandfather, people are spoiled today. Everybody should have to wear the waders, at least for a week or so, that people wore fifty years ago, the old bootfoot models made out of canvas and rubber. These waders came in three sizes, and the three sizes were designed by masochists. You could get a size Small, which had a size 8 boot, a 19” inseam, and legs that billowed out to accommodate the thighs of a circus-mutant, fat man. I’ve personally known men whose girlfriends broke up with them after seeing them in these waders. It didn’t work the other way around because women were never dumb enough to wear these waders. They also made a size Medium, which had a size 13 boot and a body which would accommodate an NFL lineman. They made a size Large which was the same size as the Medium. Anyway, you really had to be a devoted fly fisherman to wear these waders, or you just waded wet.

After this, Red Ball came out with a light-weight, stockingfoot wader which, even though it was light-weight, was routinely used by high-school wrestlers to dehydrate themselves and “make weight” before a match. Seal Dri latex waders came a little later, and they had the same dehydrating effect, but in order to compensate for this, they tore easily. If you walked through the brush, you suddenly had breathable waders.

Finally, breathable waders were invented, and things were headed in the right direction. Durability was not good on the early generations, but they proved to be very comfortable. Over time they solved the durability issue and companies like Simms started offering them in a multitude of sizes. The current Simms G3 wader has 3-layer Gore-Tex Pro Shell in the upper (chest area) and 4-layer Gore-Tex Pro Shell in the seat and legs. They’ve become almost too durable from a retail standpoint. Unless you’re a fly fishing guide, they last for years and years. They have articulated knees, chest hand-warmer pockets, tippet tender pockets, built-in belt loops and gravel guards. I could go on describing the features, but the new Simms G3 Stockingfoot Waders are a great product.

Merritt’s Lanyards
Most of the fishing guides on the Bighorn wear lanyards. Lanyards allow you to keep almost everything you need for fly fishing around your neck where they are easily accessible, things like nippers, fly flotant, and hemostats. You can carry a small fly box and split shot as well. If you end up with an empty swivel on the lanyard, try to avoid carrying things like pipe wrenches or alarm clocks, since lanyards are supposed to be minimalist. They’re also great because you seldom submerge your gear like you’re prone to do with a waist pack (at least on the Bighorn). And they’re great for hot weather. You shouldn’t wear a fishing vest or pack when it’s 100 degrees. All of Merritt’s Lanyards include corks from wine bottles (Stick your used flies on these while they dry), and groovy, spotted beads that look like brown or rainbow trout. Some of the lanyards have antler tips along with the beads. Each one is different, and each is a work of art. All the cool guides wear them.

Mojo Sportswear
We all own fishing shirts. The traditional ones all look pretty much the same, with light fabric, big pockets, and venting on the sides or back. They work just fine for what they’re designed for. Younger people often prefer the polyester long-sleeve tees with hoods because they’re very comfortable and functional, and they have a less staid appearance.

Mojo Sportswear makes shirts that have a different look. One of the styles I like is called the Mr. Cool. It should appeal to young and old, as it is made of 4-way stretch, CoolTech Poly fabric, has mesh venting on the side panels, plus a western yoke and pockets that create that “cool” look. It’s a shirt that is both stylish and high-tech. It’s a shirt you could wear fishing, or to dinner that evening. They even make a Ms. Cool shirt for the ladies.

The Coastal Linen Shirt (Long Sleeve) is another shirt that caught my eye. It’s not actually made of linen, but of a Tech Poly with a linen weave. It’s a bit more refined than the Mr. Cool, and is very wrinkle resistant. Wrinkle resistance is important with the crowd I hang out with, that crowd being fishing guides. I’ve met very few fishing guides who actually own an ironing board and their idea of clothing preparation involves taking the clean shirt out of the dryer, examining it for large blood, ketchup, or mustard stains, shaking the shirt vigorously in order to dislodge lint or other extraneous materials, and then throwing the shirt in the corner of the room next to the other fishing shirts. Some guides use all of the above techniques, except they don’t actually launder the shirt first. The Coastal Linen Shirt will work for this type of person, and it comes in a variety of colors.

I wore one to an Applebee’s restaurant the other night and received several longing glances and smiles from middle-aged women as I walked past them on my way back from the rest room. I later discovered I had two squares of toilet paper stuck to my heel, but I’m fairly sure the ladies were smiling because of the shirt.