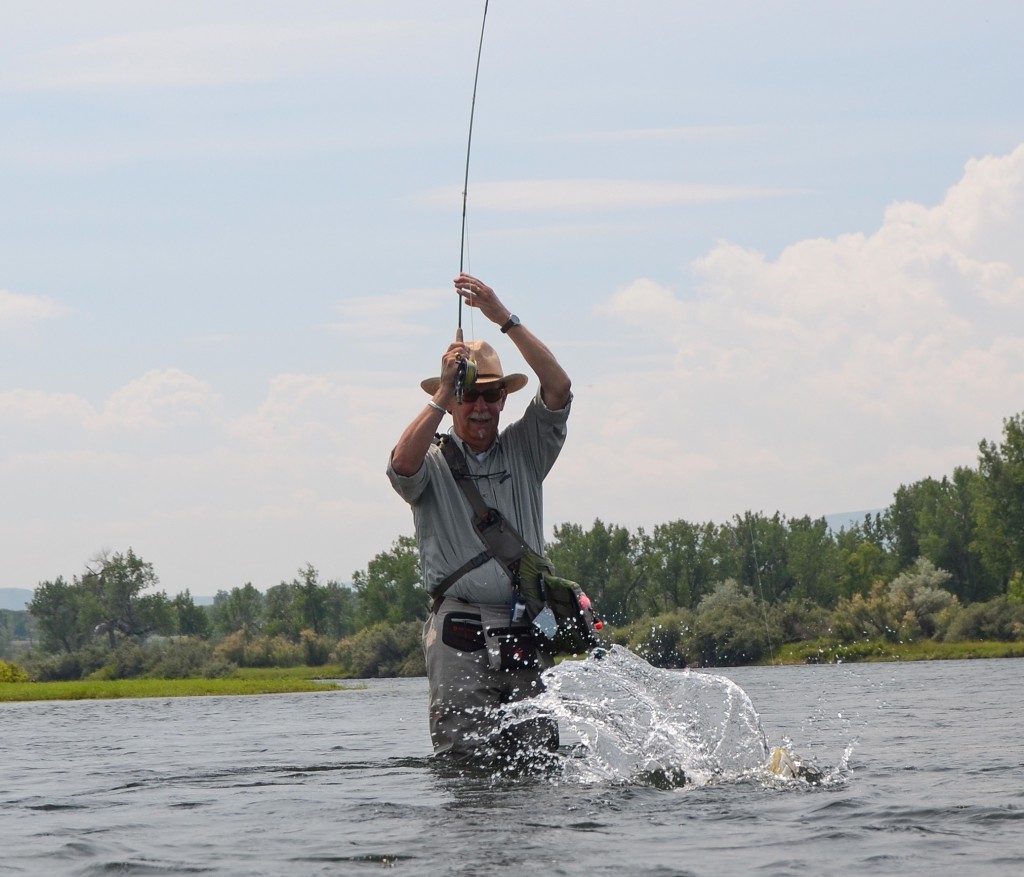 The river is coming down, way down from 14,000 cfs. Where it ends up, we’re not sure. I’m guessing around 3,000 cfs. Since the BuRec no longer manages the Lake or River for flood control, and the “Good Idea Fairy” is in charge up there, they might crank it down to minimum flow (2,500 or less). This is despite the fact that the lake level is still in the flood pool. So let’s hope we don’t get a major rain event, or they’ll be in trouble.

Thank God that the Bighorn River is an anvil that has worn out many hammers. Fishing should be great for the foreseeable future. Water clarity is good right now and the water temperature has dropped into the low 50s. The fish are happy. There are a few PMDs out there, along with Yellow Sallies (stoneflies). Nothing too heavy on these hatches as of yet. The same is true of the black caddis. They’re around, and we’ve been catching fish on them, but nothing real heavy yet. With the decreased water temperatures, this might stall the caddis a little. Normally, the black caddis are an August—September hatch.

Nymph fishing is good. It will get better when flows stabilize. Fish are still eating sowbugs and worms. Caddis pupa are becoming more of a factor, especially in the afternoon. A variety of pupa patterns work, but the olive Flashback Pheasant Tail is still tough to beat.

A few rivers in the western part of the state are already on “Hoot Owl Restrictions,” meaning that fishing is closed from 2 PM until midnight because of high water temperatures, which can stress trout. We don’t have to deal with this on the Bighorn. Anglers are often surprised to hear that the Bighorn River cools off when the water is low, basically because water is being pulled from the very bottom of a deep reservoir. This layer of very-cold water eventually plays out, and our temperatures rise as we approach mid-August and September, but we never have temperatures that stress fish, at least not on the upper river.

Fishing pressure will ramp up in the next few weeks, but most anglers should be happy.